Milking and cheesemaking in the mountains

Farmer Christian Näf, 31, explains why he lives in paradise

With his broad grin, mountain boots and traditional chüeligurt belt holding up his trousers, Christian Näf looks every inch the mountain farmer. But he's not a native of Uri. Originally from Kirchberg in the canton of St. Gallen, he had always dreamed of running his own farm in the Göscheneralp. This beautiful valley is ten kilometres from Göschenen. In winter the road is unpassable and Christian is then one of about 15 people who spend the entire year in the hamlet of Gwüest at 1,600m above sea-level.

Christian is a grafter. He looks after around 85 goats. Feeding, mucking out, milking, providing hay – and of course cheesemaking – make up his daily routine. Every season he produces around 2,500 kilos of goat cheese, which finds its way onto the menus of The Chedi luxury hotel in Andermatt. His dream nearly came to an end in 2016, when the funding for his venture fell through, but thanks to crowdfunding he was able to remain in Göscheneralp. 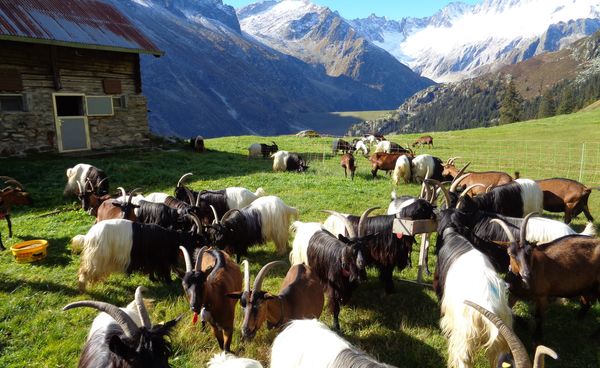